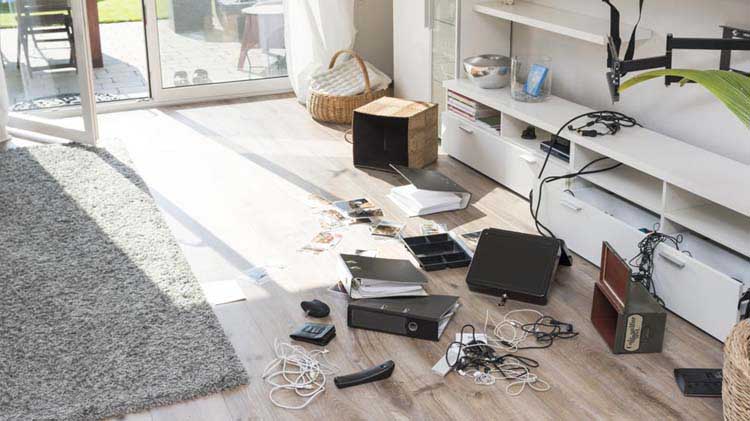 We don’t know evil is close to us? but we know that security solution(s) cannot be ignored. One of the scariest things about having your home broken into is that criminals are often motivated by many different things. The most likely motivation would be robbery. They also use many different ploys to get into your home. You might think that most robbers sneak in at night and smash a window, but their creativity might surprise you. They might pretend to be a police officer, repairman, salesman or someone who needs a helping hand. They will try anything to get into your home.

You never know what to expect when someone breaks into your home. Sure, they might be after your jewelry or iPod, but when a home invasion goes badly it’s not uncommon for a burglar to turn the situation violent. The vast majority of homes are easy to break into. If you keep your personal information like credit cards and bank information in your home, you could easily be the next victim of identity theft.

Many criminals are very careful when they plan a robbery. Not all burst into random homes based on impulse. They often check out neighborhoods, checking for when people are home and when they aren’t, and also looking for easy paths of entry. They might also sneak into your home when you’re away, planning for a future robbery.

How Do Home Invaders Get In Your Home In The First Place?

There are many different ways they might try to get access to your home. It’s very common for them to simply use the front door. When they are using the element of surprise though, the garage is a criminal favorite. A staggering amount of robberies take place because the home owner opened the door when a stranger rang the bell. There is no telling what the attacker will do after you open the door for them. They might pretend to be nice, hoping to get invited inside, or they might simple attack you right away. The attackers sometimes plan ahead too by first calling the home owner to let them know a package is on its way.

What Are The Most Common Attack Scenarios?

Someone in uniform comes to your home and tells you they are checking your cable, looking around for gas leaks or says they need to inspect your telephone lines.

Another uniformed ruse involves deliveries. They might say they have a package, flowers or something else. If you aren’t expecting anything to be delivered, always be suspicious.

Prize giveaways are another clever trick. You might be told you just won a large sum of money, but they need to get your personal information first, if you could just let them inside for a moment.

Someone might also pose as an individual collecting money on behalf of a charity. This creates an excellent opportunity to steal your wallet without you noticing.

Finally, we get to the old stranger in distress act. If …