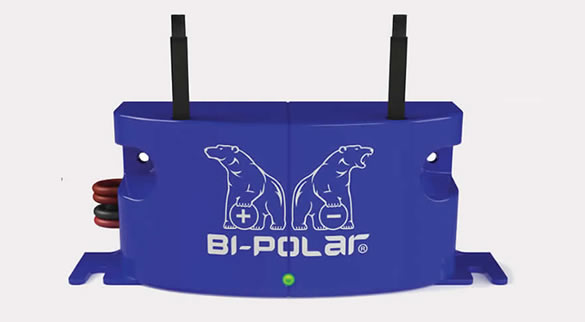 The Director at the Clean Energy Research Centre at the University of South Florida, Dr. Yogi Goswami indicated that Molekule, a recently developed air purification device will undergo testing in March against a virus that will be standing in for the coronavirus in which success is expected due to its nanoparticle-based filtration system usually triggered by UV-A light that has shown to effectively destroy organisms that pollutes the air like bacteria, viruses, and mold spores.

As the cases of infection from the coronavirus become rampant all over the world, causing the death of thousands as a result and the hope of a vaccine seems visible in the nearest future, worldwide scientists are falling over themselves in a bid to reduce the impact and spread of the deadly virus.

Even though some researchers indicate that the development of a potent vaccine is only a few weeks away, the timeframe from performing human trials and producing the medicine in mass, a report by BBC indicates that a vaccine for coronavirus will only become accessible by 2021.

As the world still anticipates a vaccine, a recognized professor, and the director at the Clean Energy Research Center at USF, Dr. Yogi Goswami is one of the creatives that are in search of a unique and outstanding solution for the worldwide pandemic.

Molekule, an air purification system from Dr. Yogi Goswami has been named one of the 27 Best Invention in 2017 by TIME Magazine. As a result of its nanoparticle filtration system that decomposes microscopic ai pollutants such as mold spores, bacteria as well as viruses to the molecular stage and oxidizes them.

Molekule will pass through intense third party trials in March against a virus that will stand in place for coronavirus. If this device can successfully remove the virus, the results will be presented to the CDC and FDA by Dr. Goswami that global health care centers should be contacted to reduce the spread.

Goswami stated that once the outcomes from their testing are positive, they would inform the world about the efficiency of Molekule and would love to provide a solution where needed as people require it.

Limiting the risk of infection with Molekule’s air purification system

The first report on Molekule was received from 83 Degrees during its fist patent launch in 2016. This tool employs photoelectrochemical oxidation (PECO) which is a procedure that implements UV-A light to trigger a catalyst in the nanoparticle-protected filter in Molekule to create free radicals that cause the oxidation of air pollutants. Molecule filters Allergens and other dangerous microorganisms by decomposing them into trace gases that are safe such as carbon dioxide and water before they are allowed back into the air.

Viruses can be grouped into two types depending on their genetic material which is RNA and DNA. Coronavirus virus is categorized under the former which is the most difficult type to produce a vaccine for. Even though it is only the CDC that is able to carry out coronavirus testing, these virus surrogates have been currently discovered. Dr. Goswami indicated that Molekule had previously undergone testing with both the RNA and DNA types of viruses.

A particular test used MS2, a type of RNA virus that stands in for the influenza virus. MS2 was commonly a bacteriophage with the capability of infecting and killing the bacterium Escherichia Coli (E. coli).

Goswami indicated that E/ coli can be eliminated by MS2 which allows the collection of E. coli samples present in the air. In a situation where these samples are discovered to be alive, it implies that the virus has been eliminated but once many are dead, then the virus is alive.

This implies that researchers are more concerned about seeing the presence of E. coli bacteria in the test because it has revealed that the virus that kills bacteria has been successfully eliminated from the environment.

Dr. Goswami has taken precautions not to release final statements or claims about Molekule before receiving the outcomes from the third-party testing performed on the virus proxy. He is very much expectant of the results as well as the statistical evaluation by the later part of March.

Dr. Goswami indicated that he was optimistic about the coming test results even though he was a researcher and a recognized professor of the Department of Chemical Biomedical Engineering at USF.

Goswami stated that they have performed different tests against different types of organic molecules and microorganisms such as mold spores, bacteria and fungi and other kinds of toxins and excellent results have been achieved from the previous tests which make him very confident it will be effective against the coronavirus since he was a scientist and a researcher but they cant make claims as the only required results must have been tested.

After the outbreak of the coronavirus, Dr. Goswami identified the potential of Molekule in limiting the spread of the virus especially in healthcare facilities and hospitals where healthcare providers are risking their lives to cater to the infected individuals.

Goswami stated that the anticipated timeframe is very son as the problem is currently happening if the problem can be contained in about six months because several people have lost their lives which is of no help but finding a solution in some weeks will help to reduce the number of infected persons as well as reduce the mortality rate that might occur.

The Co-CEO of Molekule, Jaya Rao stated that the next goal of the company after getting a favorable result from the testing will be to collaborate with appropriate regulatory bodies and discuss the best applicable areas of the Molekule technology.

Rao indicated that global health issues like this occur more often which makes one understand the importance of scientific innovation when handling global health crises which is where they plan to concentrate.

He continued that they have developed from academic labs and have been immersed deeply in the world of research and development and it is their responsibility to ensure that development goes beyond the academic labs as they hope to see the private sectors introduce it to the world.